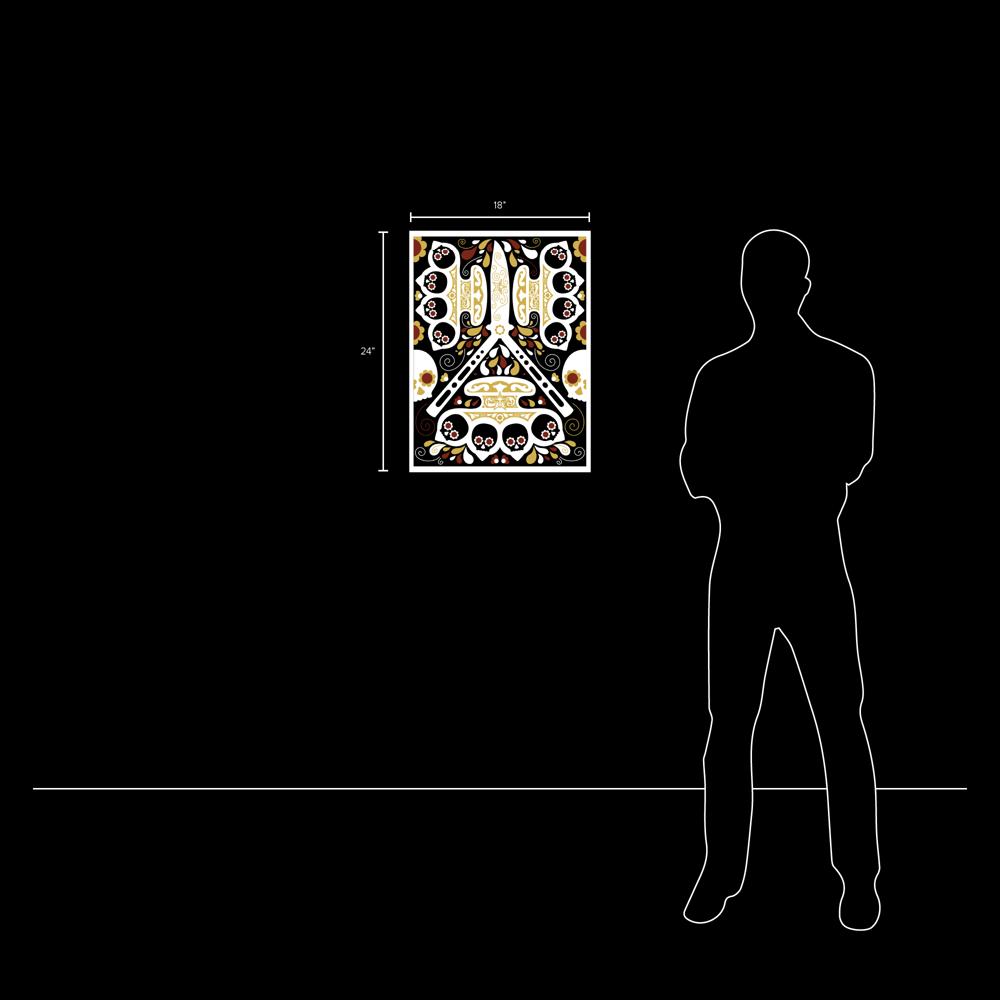 Shepard and I ran a club night in Downtown LA from 2006 to 2014 called Dance Right. During that time, I created a flyer every week and from those flyers came a bunch of designs that ended up becoming clothing designs for OBEY Clothing and a collab poster that Shepard and I released in 2006. In my latest move, I unearthed one of the sold-out prints, available here.